The 42nd Highland foot (The black Watch) are one of the most famous regiments in the British Army.
The Black Watch was raised in the wake of the 1715 Jacobite rebellion. Companies of trustworthy Highlanders were raised from the loyal clans, Campbells, Grants, Frasers and Munros.

Six companies were formed from 1725 and stationed in small detachments across the Highlands to prevent fighting between the clans, deter raiding and assist in enforcing the laws against the carrying of weapons.

In 1739 King George II authorised the raising of four additional companies and these all to be formed into a Regiment of the Line of the regular army with the Earl of Crawford as the Colonel. The men were to be “natives of that country and none other to be taken".

The first muster of the new Regiment took place near Aberfeldy the following year and is commemorated by a monument in the form of a soldier dressed in the uniform of those days. 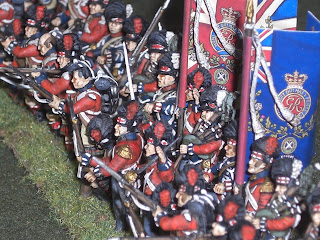 The title “The Black Watch” was derived from the dark colour of the tartan and the original role of the Regiment to “watch” the Highlands . The name has remained and is now incorporated in the official name of the Regiment. 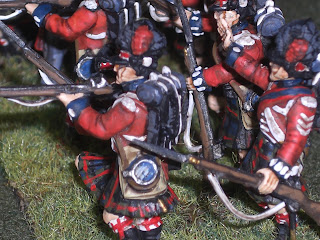 It was in 1795 that The Black Watch is known to have adopted the Red Hackle in its bonnets, the most distinctive feature of the Regiment's uniform. The stories relating to its origin are numerous but it was certainly issued to the men at Royston, Hertfordshire that year. Others began to copy this but in 1822 an Army Order laid down that it was "to be used exclusively by the 42nd Regiment". Since then it has been worn in action in many parts of the World and is a much prized distinguishing mark.

The Regiment was first in action at the Battle of Fontenoy in 1745. Although this was a British defeat, The Black Watch gained great distinction by its conduct being described by a French officer as "Highland Furies who rushed in on us with more violence than ever did the sea driven by tempest". 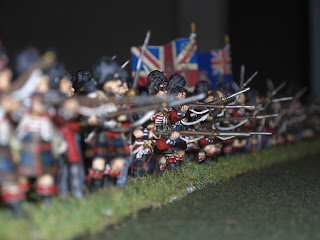 The Regiment was next engaged in the French-Indian War and especially at the Battle of Ticonderoga in 1758 where during the attack on the fort of that name more than half the men became casualties. By this time the Regiment had been allocated the numerical slot "42nd" in seniority, a number which it was to render illustrious all over the world. In recognition of its worth it was now granted the title "Royal" and raised a Second Battalion. In 1786 this battalion became a separate regiment in its own right, the 73rd, and was much in action in India and Ceylon, playing a prominent part in the capture of Mysore and Seringapatam. 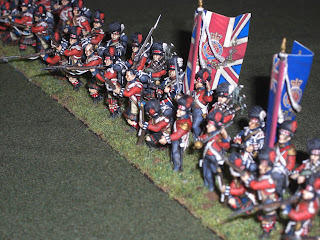 Meanwhile the 42nd had been busy in the West Indies in Guadaloupe in 1759 and in Martinique and Havanna for which it was to receive its first battle honours. It was later deployed to North America where it became involved in the American War of Independence. The Regiment took part in the successful action at Brooklyn, New York against George Washington's forces in 1776 and undertook much skirmishing against the rebels during the remainder of that war.

The next 15 years of the Regiment's history were to be dominated by action against the French. The first campaign was in Egypt in 1801 where after a successful assault landing the 42nd fought with great distinction at the Battle of Alexandria, capturing the Colour of Napoleon's "Invincible" Legion. For its gallantry the Regiment won the honour of bearing the Sphinx on its Colours and badge. 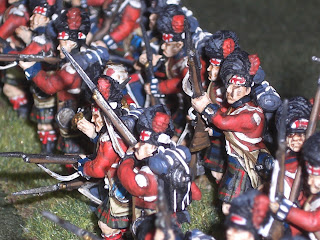 No fewer than ten battle honours were awarded to the Regiment for its part in the continued fight against Napoleon's armies during the six years of the Peninsular War in Spain and Portugal. It was committed early, for in 1809 it took part in Sir John Moore's gruelling winter retreat through the mountains to Corunna, where it played a prominent part in the action covering the embarkation. The following year another battalion of the Regiment joined the Duke of Wellington's Army and was present at many of his famous victories including the final one at Toulouse in France in April 1814. By the end of that battle less than 60 men of the Battalion remained unwounded. 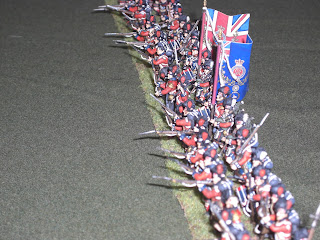 Waterloo Campaign
During Napoleon's final campaign of 1815 both the 42nd and the 73rd which were to become respectively the 1st and 2nd Battalions of The Black Watch played significant parts. They were first in action together at Quatre Bras on the 16th of June where they were hard pressed by French cavalry. Mistaking them for allies the 42nd had not time to form a defensive square and had a tough fight repulsing them. Two days later at the Battle of Waterloo it was the 73rd which was in the thickest of the fighting and subject to heavy losses from the French cannon. 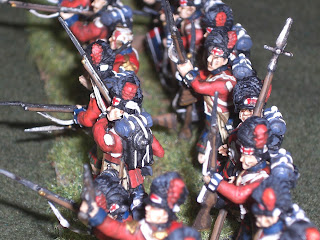 See the website www.abrushtoofar.com for available figures and down loadable paint guides. Loads More Pics below 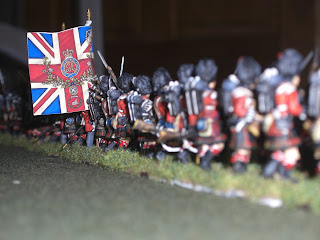 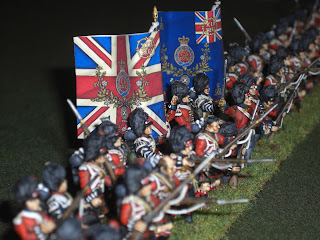 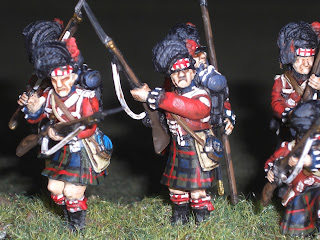 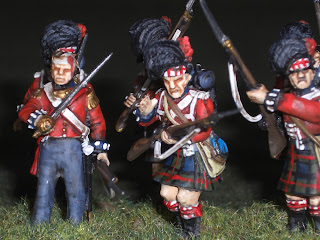 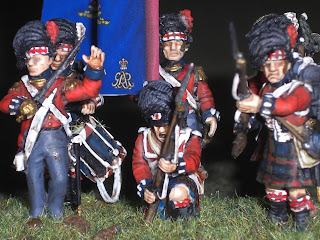 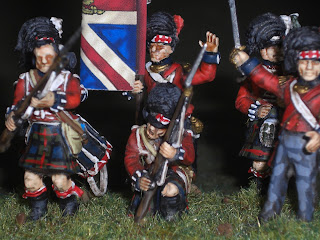 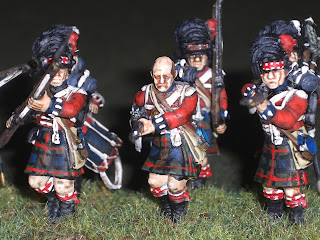 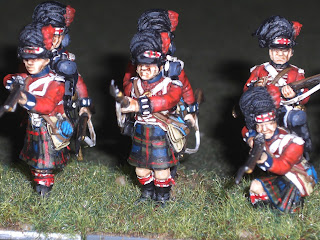 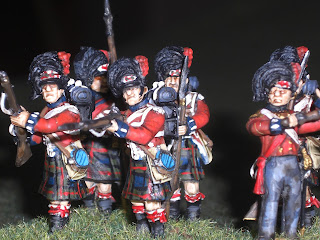 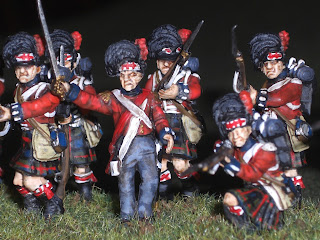 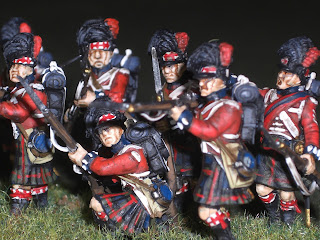 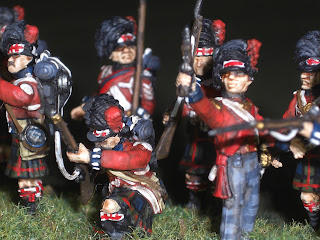 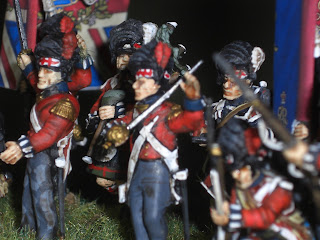 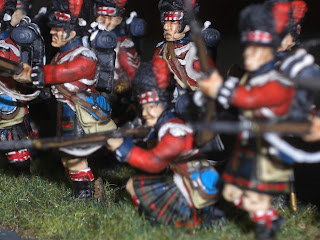