There can be few more iconic buildings in American history than the Gettysburg Seminary, backdrop to the 1st day stand at the Battle of Gettysburg, of Brigadier General Buford'.s Cavalry and the Union I Corps.
The Lutheran Theological Seminary at Gettysburg, also known as the Gettysburg Seminary, is located in Gettysburg, Pennsylvania, and is one of the eight seminaries of the Evangelical Lutheran Church in America. It is one of the three seminaries in the Eastern Cluster of Lutheran Seminaries, and a member institution of the Washington Theological Consortium. Founded in 1826, it is the oldest continuing Lutheran seminary in the United States.
During the battle of Gettysburg, the seminary, on a ridge west of the town, became a focal point of action on the first day of battle, 1 July 1863. The seminary gave its name to 'Seminary Ridge,' where the line of battle of the Confederate Army of Northern Virginia was formed on 2 and 3 July 1863. 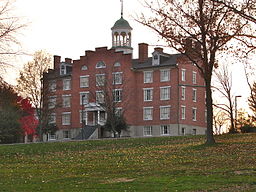 As part of my continued project to recreate the battle of Gettysburg in 6mm scale I painted up the Gettysburg Seminary model from Total Battle Miniatures. Pictured below with one of my Union brigades it will be a focal point on the battlefield. 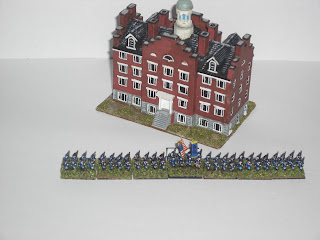 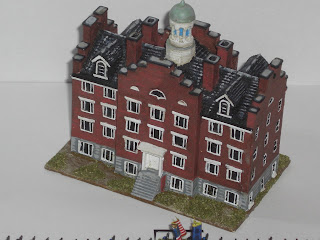 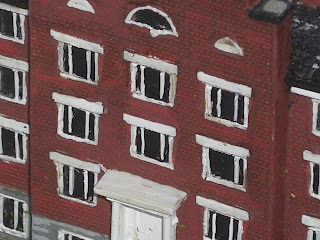 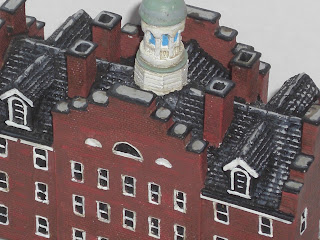 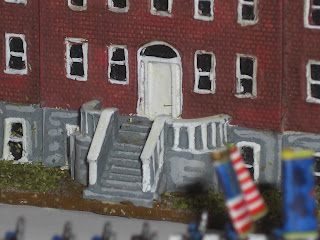 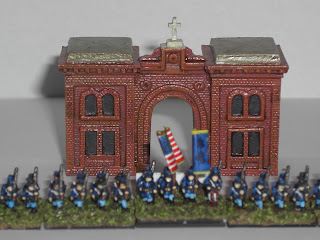 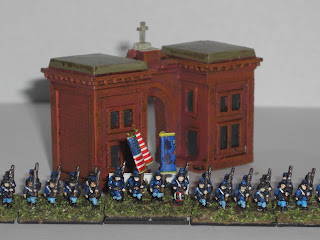 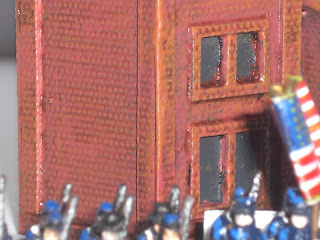 The detail on both the Total Battle Miniatures and Leven models highlights the huge improvements in the quality of scenery that s now on offer to the 6mm gamer. I have purchased extensively from both manufacturers as well as other 6mm scenery providers and will be blogging those in the near future
Posted by jono at 12:13