As promised some more pictures of the latest commission of British Zulu War Infantry. Featured are Lt's Bromhead and Chard, Corporal Scheiss ,commissioner Dalton and Surgeon Reynolds as well as a selection of rank and file. 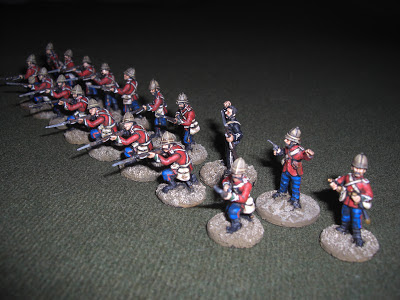 Warlord have along with Empress miniatures released a line of Anglo Zulu War figures. I have painted these using Acrylics with a Matt varnish. The helmets are dyed khaki brown and have no badges rather than being white as they are often seen  in films as Lord Chelmsford had issued orders that all troops should do so. 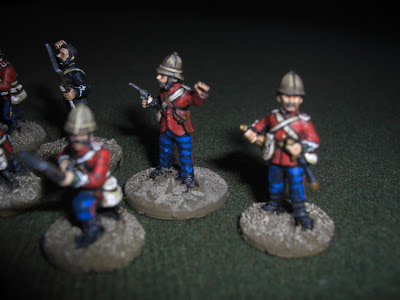 Lieutenant Chard and his bugler. you'll note that as Chard was not an infantry officer his jacket is different to that of Lieutenant Bromhead. The blue highlight on the trousers has been emphasised by the flash on the camera. and is not as bright under normal light. 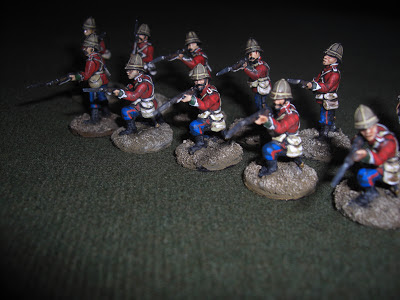 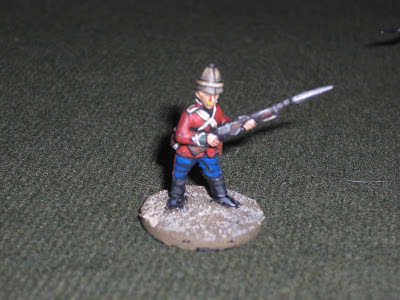 The Lieutenant Bromhead Figure. Armed with a rifle and no doubt ready to lead his flying squad into any Zulu break through. 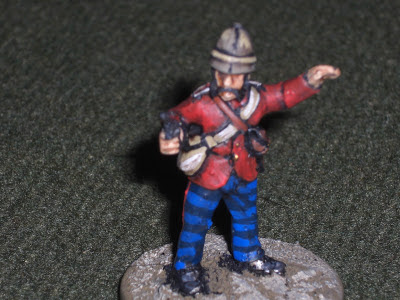 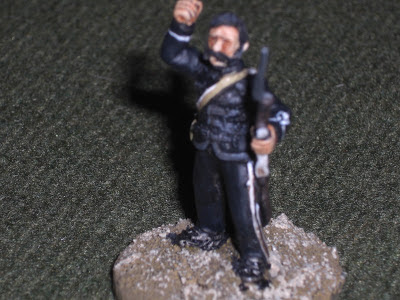 Commissary Dalton. During the film Zulu the this character plays very little part in the action but historically he was awarded the Victoria Cross and is named by many testimonies as a true leader and inspiration on the day of the battle. Indeed Henry Hook VC (also wrongly portrayed as a drunken miscreant) called the ex RSM the bravest man he had ever met in his written testimony. 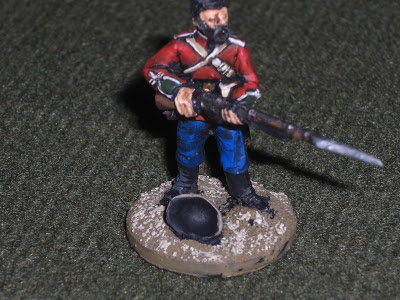 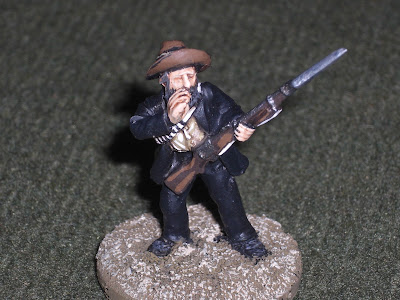 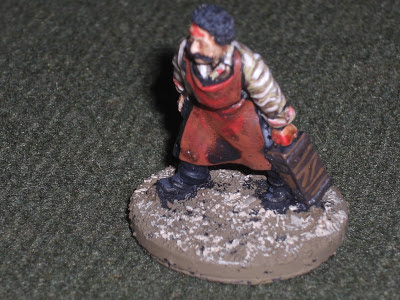 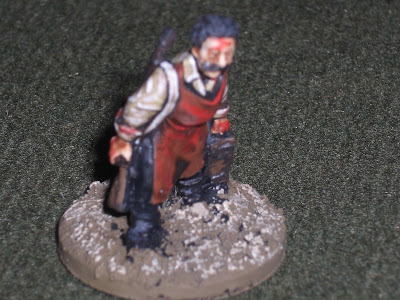 Surgeon Reynolds of the Army Hospital Corps. I couldn't find any pictures of this chap so used the film Zulu and the dead paper hanger scene as inspiration hence the sweaty blood smear across his forehead and blooded apron, hands and shirt. An infantry Sergeant. The manufacturer has sculpted the sergeant stripes onto the figures as do the Perry brothers. Its a nice touch and makes painting rank insignia that much easier. Its a pity that not all the figure manufacturers do this. 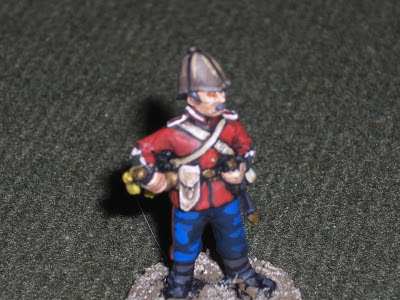 A closer look at the bugler. If you like these figures and want your own set you can find them in the on line store at www.abrushtoofar.com


ZULU (The battle of Rorke's Drift) by Alan Gray

"Dear chap you missed off a nought !"

So swiftly they came where none stood before

out of the grass they appeared

Transfixed by the sight fear in our eyes

the Sergeant cried out "fix bayonets"

"You're British" he said "let's see some pride"

and my heart danced a jig in my tunic

The order "fire !" was barked in our ears

Our barrels glowed with bullets expelled

and the Boer said "that's for starters"

engulfing the red with the brown

The blood of the brave was spilt on that day

Zulu's had gone quick as the came

stealing our dreams as we slept

Brave were the men who stood for the fight

so few seemed so inept

For as the sun crept over the hills

and warmed us with his breath

Hearts they sank from our mouths to our boots

as we looked on with intrepid fear

When an old Zulu chief from afar waved his shield

we sensed that our ending was near

Then strange things occured, did the Lord intervene

or was it a dream we implored

For the Zulu's turned from the front to the rear

leaving us lonely standing in awe

for the pure gift of life they received

Hi, I wrote this a few year ago. Hope you can use it...best wishes, Alan