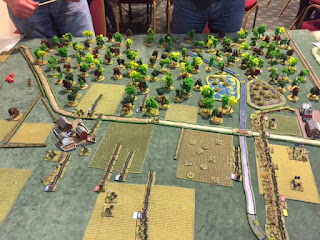 Union forces shift to the right to take the entrenchments head on. One of the Union generals wrongly identifies that a yellow unit strength marker is a crack unit (its not, its actually a please don't shoot us, we will run away marker). RED-CRACK BLUE-VETERAN  GREEN-GREEN YELLOW-IRREGULARS (Militia etc) 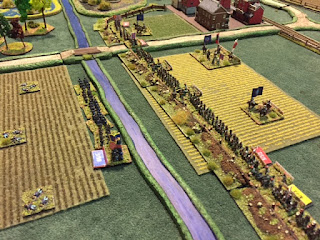 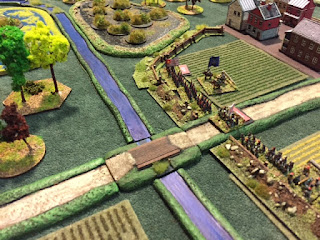 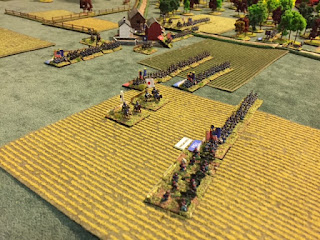 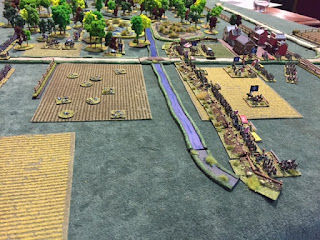 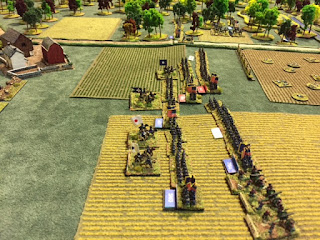 A full Union corps (minus a dead brigade) form up in front of the rebel entrenchments. In the woods beyond a solitary understrength division pushes through the undergrowth. 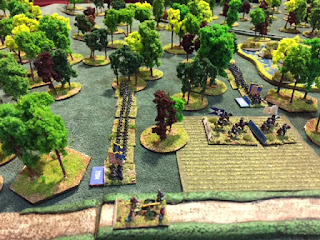 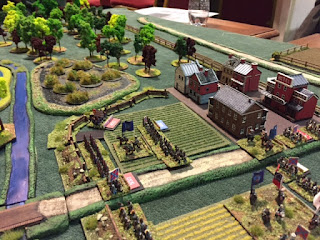 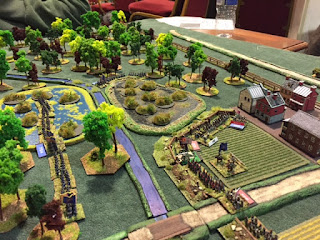 As the Union division appears on its flank the Confederate general no longer threatened to his front is able to shift his brigades to meet the new attack. 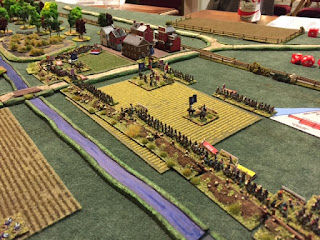 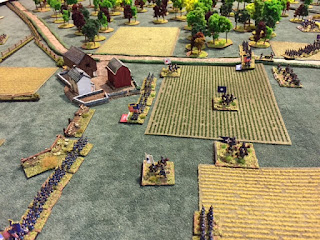 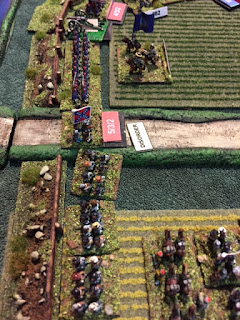 But its too late. The wind has gone out of the UNION sails.

With hindsight this battle proved to be a good learning experience for me as an umpire. My plan for larger scenarios has always been to make them Victory Point driven and I was going to make this based purely on casualties and victory locations. For large historical scenarios with lots of stands (we are talking hundreds) that would work as either side can afford to make a mistake and still be able to recover from it. For smaller scenarios of the kind we have been playing on a Thursday however that's not the case and having reviewed this scenario, had I placed VPs on locations on the board and then given the Union an option to call up Army level artillery support at a VP cost, that would have given the Union generals the option of trying their luck with the forces they had available on the table or calling up reinforcements. Having done that however they would have to employ them positively to ensure a victory or lose on VPs. It guarantees both sides get a game and the scenario might play out differently each time. Had I given the Confederate player the option of instead of rolling for reinforcements,  paying VPs for them instead, that again may have created a different outcome if the Confederate player decided he could hold out with the forces he already had at his disposal. This method works for Sid Meiers Gettysburg so I can't see why I cant make it work for us.  This scenario did prove one thing, dug in troops ,no matter what the era are an absolute bugger to shift!